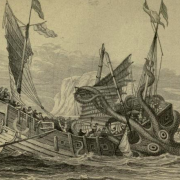 Was a time when poetry was the last thing held any interest for this word-mangler.

Too esoteric, too flowery, concepts too emotional and hard to plumb. More times than not, too cathartic and revealing. Hadn’t poets something better to do than sit around all introspective, navel-gazing and self-pitying? Who needs need to know their innermost ruminations?

But then, that’s not all poetry. And it’s okay, really. Plenty of people probably do need to know, if not stroppy journos. Besides poetry’s actually lots of other things too, even the outrageous limericks I once made a mission of committing to memory. Blokes named Bates and Bings, blokes from Kilbride and Kent … grand silly stuff.

Slowly, the old grey matter warmed to the possibilities of poetry – via song lyrics. Slow because I was more interested in the music side of things. Introspective stuff was rife but occasionally you’d find some inspired material, evocative stuff. Social documentary, political commentary, voices left behind but heaving with everything from love and persecution to anger, cynicism and humour.

The best stuff, so I thought, blended these peregrinations with words that jumped off the page. Words that shocked, words that looked odd, words that mightn’t garner much airplay otherwise, words with an artistic aspect to them. Typography is a thing, of course.

It’s a quair thing writing in unfamiliar areas. Like songwriting, for instance. You can write thousands of journo yarns but opening yourself to a song’s lyrics is a very different creature. Eventually, though, I thought I’d have to have a crack at some sort of poetry, even if it was just brain salad slosh. Not knowing what you’re doing in might be handy, who knows? It’s not a blood sport,  I’d venture, but I could be very wrong.

Recently, I pulled together the following brain-spit to a theme raised by a poet mate down the Surf Coast: Can you buy the ocean? Can you buy the land? If nothing else, it was fun playing with those weird little characters and their finials, bowls and shoulders, their apertures and strokes, and their spines and serifs and ligature.

So here goes, best of luck figuring out what I’m on about. There was some sort of rationale to it, if I remember rightly …

Say the kraken will take a grown man whole,

Spirit him down a perpurean abyss.

Sad, sullen fate for a jack of the brine,

But not minus merit, for the best of mine,

A crab needs to scuttle, a squid to squeeze,

The djinns of the seas offer baleful trust,

Dreams rent beyond hope from their chalice of gall.

But yo ho, on Jack goes, all belligerent plunder,

Sirens of vainglory and greed hauling him under,

Fates and muses, they can plot and inspire,

But Jack Tar still fuels his own funeral pyre,

So whaler, the poets sing, quell your daughter’s hunger,

Hug the land instead, to your fortune redouble.

But hold, terra’s a blight, conniving and craven,

Its beauty a snare, its lustre no haven,

A mercantile magnet of thirst and lust,

Mammon underwritten In God We Trust.

So tread ware as you grift, you huckster and spiel,

Grounds shift and they tremble, oscillate like your krill,

Dangers deep as the sea, no call to plumb more.