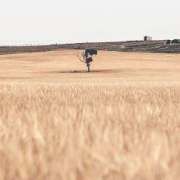 TRIPPED over an old map recently, showing Newtown’s Skene St as the road to Ballarat. You headed out Skene to Shannon, north to Autumn and up to what is now Hyland St, then down to Fyansford and onwards to the wild west goldfields.

Geelong West pedalling oracle Rod Charles will tell you of cyclists coming off second best to bullocks driven up Hyland in days gone by.

All changing now, of course. New houses, estates, roads, drains. An arts and plonk precinct. The old Swan pub’s burned down. Even the Kombi graveyard has lost a lot of its tenants.

Co-travellers to the ’Rat bemoan the goat track highway, even with its recent upgrades. They fiddle with my radio, hook up their iTunes, pore over their phones … anything to avoid looking out the window at the landscape. Well, up to Meredith, anyways. After there, a bit of geographical mercy seems to ease their discomfort.

I get it. But at the same time, I don’t. To me, there’s a world of stories in each swale and saddle, each ridge and rise along that bone-rattling goat track.

There is the skillet-pan pub murder at Stonehaven, the Aboriginal massacre at Dog Rocks, the topless nymphs hanging out of cars on Black Saturday, Johnny Cash at Batesford’s Derwent pub, drag races along Friend-in-Hand Rd, the upside-down model TAA plane that had passers-by worried about a plane crash.

Keep moving west and you’ll be greeted by tiger snakes at farmhouse doors, by a sad memorial to the young actor Melanie Jewson killed in an awful head-on, by the rain shadow of the You Yangs, by rough dry stone fences.

Stories resonate down the years. Victoria’s last Gallipoli veteran was Bannockburn’s Roy Longmore, a sapper drawing on intel the likes of which Monash learned building his reo-steel bridges to attack enemy positions. Still have a sprig of rosemary from his funeral. Keeps the witches away.

At the one-time Meredith Parachute Club, “kick the can” campfire hijinks were played with beer cans of burning avgas. All very funny until the flames started licking the knees of your jeans. I’m not sure if it’s where One-Legged Dave broke his good peg on a bad landing but wouldn’t be surprised.

Lethbridge Airport hosts a giant yellow Russian Antonov AN-2 biplane, the largest in the world and capable of flying backwards — if you consider it can fly as slow as 80km/h but remain aloft into a 120km/h headwind.

An infamous murder at the one-time Green Tent pub next door, once upon a time, saw walleyed Owen McQueeny hanged at Geelong’s Gallows Flat for killing pretty mother-of-two Elizabeth Lowe.

Across the road, World War I returned servicemen struggled to eke an existence from the Murrungurk soldier settler lots. These days, they’re weekend getaways.

Conman Harold Lasseter, of the Lasseter’s gold reef, gave up his first bleats as a baby at Bamganie, near Lethbridge. Ran away from home at eight, after his mother died. Coerced a government and the unions into funding his smoke-job. Died in the desert for his efforts, mind you.

Turf-smoking premier Henry Bolte was photographed beside his old refrigerator letterbox at Meredith. Cartoon in a Melbourne paper suggested readers look in the fridge, presumably to find the blood sample allegedly switched after a drink-driving incident where a woman sustained permanent brain damage.

Then there was the self-appointed Catholic bishop who powdered his bare buttocks on his porch, to the annoyance of neighbours. Someone spray-painted his sheep pink. Lucky that’s all that happened, I’d suggest.

It’s an odd neck of the woods. Rough as guts in parts but handsome in a scratchy, rocky, wiry way too.

Drop in at Russell’s Bridge and you’ll find alpacas splashing in the Moorabool — and one of the thickest thickets of peppercorns in Christendom.

The Coopers Bridge fishing hole on Sutherlands Creek is gorgeous. The Steiglitz Cemetery is bizarre.

Vignerons drawn to the Moorabool Valley’s dry, stony terroir have transformed the place with their cellar door diversions. Sharing panoramas like the one from Maude’s Bunjil’s Lookout, it’s no surprise. Fact you can see Bunjil and his six lieutenants on a clear night sky is pure magyk.

You want a real treat, though? I’d suggest the burgers at the Meredith Road House. On the right day, the girls will give you a dancing rendition of A-ha’s Take On Me. You might also trip over bikers chugging on lattes, a Good Friday highway re-enactment of the stations of the cross or a ragged crowd of music festival hangovers.

They’ll all have a yarn for you too.

GOOD to see Geelong’s tunnel addicts are as rusted-on as ever. A recent flurry of Facebook activity shows that belief in the purported female convict tunnel between the old Terminus Hotel and Cunningham Pier hasn’t waned despite nothing resembling evidence. Same goes for the supposed subterranean passage between the old Golden Age pub cellar on Gheringhap and the pier.

And if they’re not still there, well they must have been filled in, yeah? Hmmm … Sly grog, prostitutes, convicts, gold, contraband, guns, illegal immigrants … the tunnels were used for almost everything. Makes you wonder sometimes who was using the roads.

Peculiar thing about them, however, is they hark back to the dark days before streetlights. Given how black the nights were, except once a month at full moon, and with normal citizens holed up in their houses, you have to wonder why you’d need to hide from anyone in the first place. 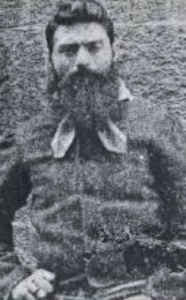 LOVE the Sidney Nolan Ned Kelly series on at the Geelong Gallery right now. Been a day or two since old Ned’s been in Geelong. Actually, he wasn’t very old at all, only 15, but he was well on the way to infamy, “apprenticed” to gentleman bushranger “Harry Power” at the time.

Ned and Harry stayed at the Rising Sun Hotel on Ryrie St, after Power earlier ventured into the Easter Volunteer Encampment at Little River. Power’s real name was Henry Johnstone and he escaped from Pentridge in 1869. He met Ned through a Kelly relative he met in jail.

Ned and Harry embarked on a wild 20-month expedition across Victoria. In April 1870, Power made his way to Little River and on to Geelong. “Harry’s mother had lived in Geelong,” says Gary Dean, co-author of the book Harry Power: Tutor of Ned Kelly with Kevin Passey.

“I don’t know if she was still alive, but he had a sister who also lived in Geelong and she was still living there in late 1880s. Harry was obviously visiting his sister, her name was Margaret Melanophy.”

GOOD to hear, too, that our big cat sightings continue — well, so long as you’re not part of their food chain. Freshwater Creek cockie Harry Cook says the area has hosted big cats, on and off, for years. His last sighting was a couple of weeks back, in the Dickens Rd area.

Harry says the animal was as sleek as all get out, well-muscled and a shiny jet black. Sizewise, it was somewhere between a domestic cat and some larger unknown cats he’s seen in the past. “Every year about this time he seems to show up,” Harry says.

“As far as I can tell, he’s visiting his girlfriend or something. I think he’s in a nearby dam full of reeds and stuff, but I’m not game enough to go have another look. He’s after fast food and I’m slow food!”