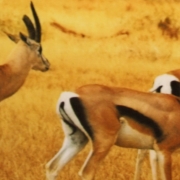 But Irish Anglican Fr Michael Gale is a practical preacher. It’s a handy talent when you’re sharing your congregation’s allegiances with tribal rivalries, superstition and witch-doctors.

That’s not to mention a devil’s telephone of villager intrusion, a highly-vocal mothers choir interrupting Mass at will or police special branch poking its nose where it’s not wanted.

Or a patchwork of Anglican, Catholic, Presbyterian, Methodist and Dutch Reformed confreres all too keen to overrule his activities. And your name on a terror death-list, just to top things off.

But Fr Gale, Nkosi, has military backing – he’s a captain with a detachment of sappers – as he tries to oversee his two parishes: the excitable African St Augustine’s and white conservative St Cuthbert’s.

It’s a handy qualification, up to a point, but not much help while he’s racing mothers in labour to hospital – especially when his gun goes off accidentally in the car. Or trying to play Solomon with an injured father seeking to return to his remarried wife and sons.

As the local terrorist body count rises, Fr Gale also finds himself seeking to preserve community calm while awkwardly contradicted by his religious scruples. It’s all a rather tough ask, something a lesser man might find overwhelming.

But with the help of a secret stash of beloved coffee beans, single-malt whisky and vinous collaborations with sympathetic colonels and bishops, and more than a few solid parishioners, he manages to find a middle path.

Nkosi lies somewhere in that fertile ground between The Little World of Don Camillo and The No 1 Ladies Detective Agency. McCall Smith meets Guareschi with a Hibernian turn distinctly its own.

Its gentle humour and warm humanity in the face of clashing politics, creed and culture are wonderfully negotiated by the clever FitzSimons; himself a magistrate, parish priest and army chaplain in the former Rhodesia.

These days he’s a research fellow with Federation University, an historian and musician with Sovereign Hill and an author. He has written several titles, including Two Fat Ladies and Hercules Tom and The Unfortunate Endeavours of Charles Henry Brown: Aeronaut 1827-1870.

FitzSimons says the story and characters of Nkosi are fictitious and wholly imaginary although certain public figures, agencies and events are true.

With credentials like his, you’ll just have to take his word for that.